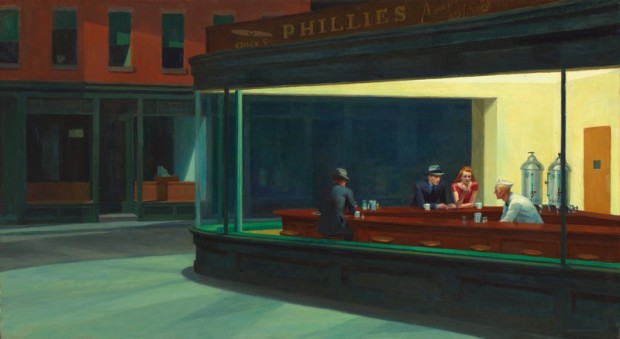 Hopper’s famous 1942 painting Nighthawks, created during the dark, early days of U.S. involvement in WWII, has often been interpreted as representative of the feelings of many Americans during this period. In a year when many young men were sent off to the armed services, and the entire country was caught up in the war effort, a feeling of loneliness was not uncommon.