This rapid-fire video is an excellent summary of Korean history since the 19th century.

The division of Korea between North and South occurred after WWII, ending the Empire of Japan’s 35-year rule over Korea in 1945. The United States and the Soviet Union occupied two parts of the country, with the boundary between their zones of control along the 38th parallel.

With the onset of the Cold War, negotiations between the United States and the Soviet Union failed to lead to an independent, unified Korea. In 1948, UN-supervised elections were held in the US-occupied south only. The anti-communist Syngman Rhee won the election while Kim Il-Sung was appointed as the leader of North Korea by Joseph Stalin. 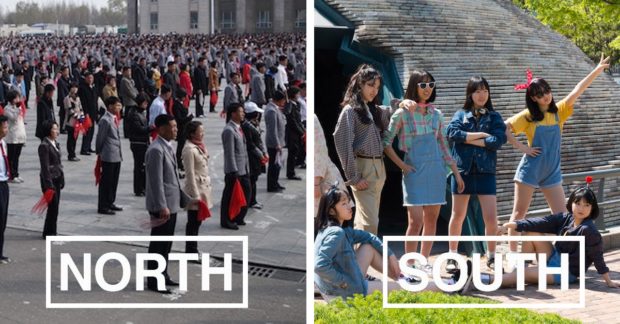 Are North and South Koreans really one people who have been arbitrarily divided by external political forces?

Here is one opinion: “The political events forcing Koreans to live in either the North or South of the country were not only brutal but destroyed the previous cultural and linguistic homogeny of a people that were previously part of a single empire and living as family members, friends, neighbours or colleagues.”  – Commisceo Global (a cross-cultural blog)