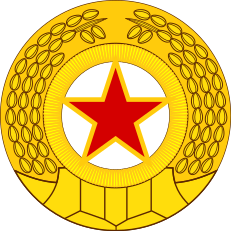 The Korean People’s Revolutionary Army was established in 1932 as a guerrilla force fighting against Imperial Japanese rule that had colonized the country since the turn-of-the-century.

In 1939, the Korean Volunteer Army (KVA), was formed in China to fight alongside Chinese Communist forces against the Japanese.  At the end of WWII the KVA was 2,500 strong.

In 1945, during the Soviet Union’s occupation of Korea north of the 38th Parallel, all armed resistance groups in the northern peninsula were ordered to disband. In their place, paramilitary constabulary forces were promoted by Soviet military headquarters.

Before the outbreak of the Korean War in 1950, the Soviets equipped the KPA with modern tanks, trucks, artillery, and small arms. It’s important to note the South Korean Army had nothing remotely comparable either in numbers of troops or equipment at that time.