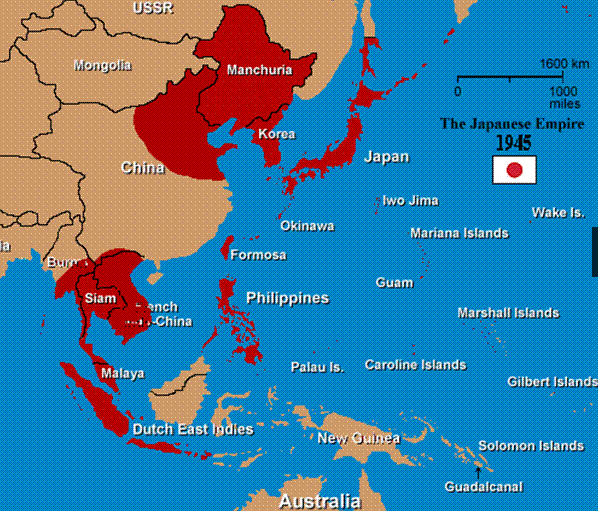 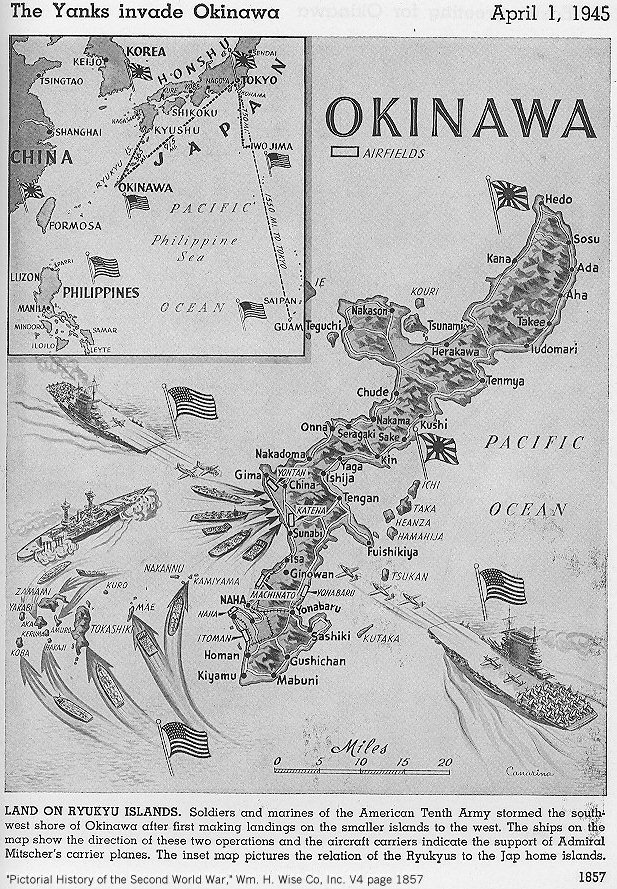 The Japanese devised a defensive strategy on Okinawa that differed from their previous tactics of resisting invasion forces on the beaches. Instead, they employed a series of strategic lines across the island with pillboxes and strongpoints within caves and even ancient castles. Interlinked defensive positions were able to survive intensive artillery fire and air strikes, enabling a fierce defense for several weeks. In the bloody battle that ensued, Allied forces had to extinguish each defensive position one by one, often using dynamite or flamethrowers.

In addition, the Japanese made massive suicidal attacks against Allied ships with “Special Attack Force” aircraft (Kamikaze) and deployed their gigantic battleship Yamato to be sacrificed in the battle.

The American general Simon B. Buckner was killed by artillery fire