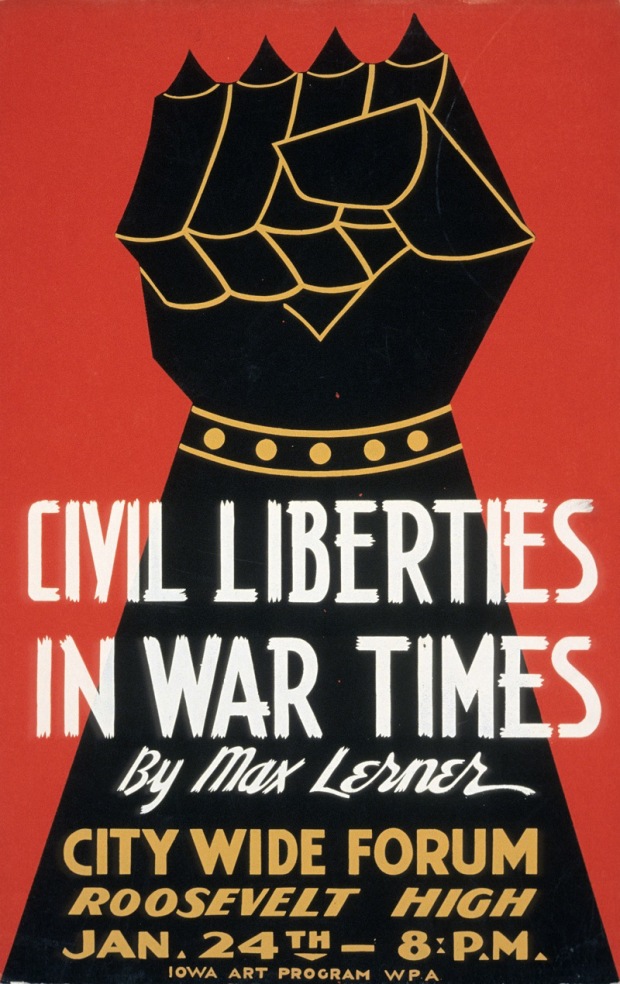 The Foreign Agents Registration Act 1938 provided severe penalties for anyone deemed a “foreign agent” without registering with the Secretary of State.

The 1938 Special House Committee to Investigate Un-American Activities (Dies committee) was a reformulation of activity during the “red scare”  of the 1920s.

The Hatch Act of 1939, restricted the political freedom of government employees and prohibited Communists from working for the national government.

The Espionage Act Amendment of 1940, increased penalties for spying, neutrality violations, and other infractions during peacetime.

The Alien Registration Act (Smith Act) of 1940 required the registration and fingerprinting of immigrants who had not attained American citizenship and facilitated their deportation for revolutionary beliefs. Most importantly, the Smith Act established prison terms and fines for: encouraging insubordination in the military, and verbal, written or participatory advocacy of the forceful overthrow of the government.

The Selective Service Act of 1940 carried penalties for draft resistance.

The Nationality Act of 1940 facilitated divesting naturalized immigrants of their citizenship for radical political beliefs.

The Voorhis Act of 1940 required registration with the Attorney General of all organizations subject to “foreign control” involved in civilian-military activities or advocating the overthrow of the government.

read more:  Not Just Japanese Americans: The Untold Story of U.S. Repression During ‘The Good War’.