Designed to capture an airstrip on a tiny coral island, the Battle of Peleliu was fought from September to November 1944 by  the First Marine Division, and the U.S. Army’s 81st Infantry Division. Although American military planners anticipated a relatively short battle, the Japanese, with new island-defense tactics and well-crafted fortifications put up stiff resistance for two months.

The battle of Pelieu was one of the toughest battles of the Pacific campaign.

This excellent book by Eugene Sledge provides a vivid and moving account of the battle:

We moved rapidly in the open, amid craters and coral rubble, through ever increasing enemy fire… I clenched my teeth, squeezed my carbine stock, recited over and over to myself, “The Lord is my shepherd, I shall not want. Yea, though I walk through the valley of the shadow of death, I will fear no evil, for Thou art with me” …
The sun bore down unmercifully… Smoke and dust from the barrage limited my vision. The ground seemed to sway back and forth under the concussions. I felt as though I were floating along in the vortex of some unreal thunderstorm. Japanese bullets snapped and cracked and tracers went by me on both sides at waist height…
The farther we went, the worse it got. The noise and concussion pressed in on my ears like a vise… It seemed impossible that any of us would make it across… To be shelled by massed artillery and mortars is absolutely terrifying, but to be shelled in the open is terror compounded beyond the belief of anyone who hasn’t experienced it. The attack on Peleliu’s airfield was the worst combat experience I had during the entire war. 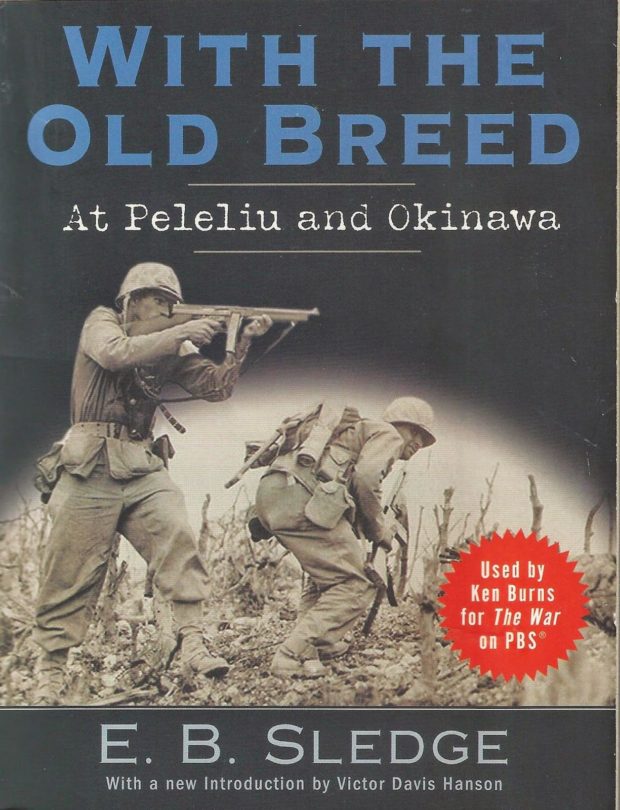