In 1946, a year after WWII ended, >5 million American workers went on prolonged strikes in numerous industries and public utilities. The American strike wave of 1945–1946 became the largest series of labor strikes in American history.

During WWII, the National War Labor Board granted unions closed shop agreements in exchange for maintaining labor discipline throughout the war. Throughout the war, various wildcat strikes over work discipline, company policy or firings did occur, but they were not prolonged or massive. 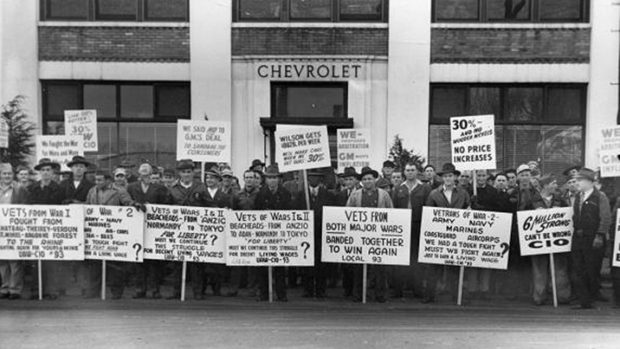 After the war, demand for increased wages (no longer frozen by the Stabilization Act of 1942)  lead to the onset of larger strikes. 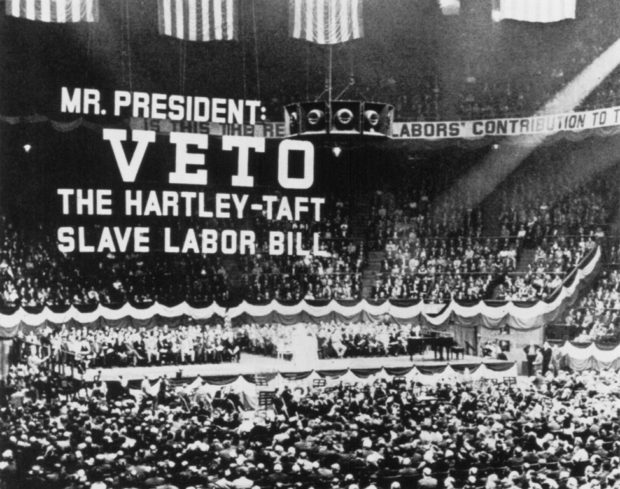 In 1947, over President Truman’s veto, Congress passed the Labor Management Relations Act  (Taft-Hartley Act) that restricts powers and activities of labor unions. The act is still in effect today.