23 May, 1945  — President of Germany Karl Dönitz and Chancellor of Germany Count Lutz Graf Schwerin von Krosigk are arrested by British forces at Flensburg. They are respectively the last German Head of state and Head of government until 1949.

24 May – Field marshal Robert Ritter von Greim commander of the Luftwaffe in the last days of the Third Reich, commits suicide.

29 May- German communists, led by Walther Ulbricht arrive in Berlin.

1 July –  Germany is divided between the Allied occupation forces. 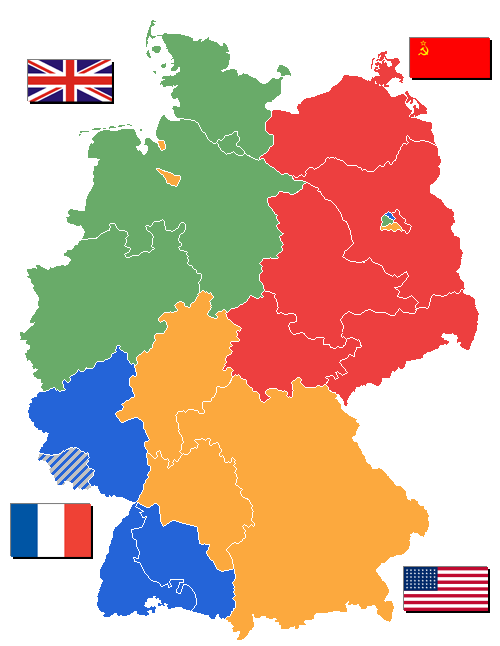 This cynical training film for American occupation forces reflects the bitterness and suspicion felt at the end of the war with Nazi Germany.