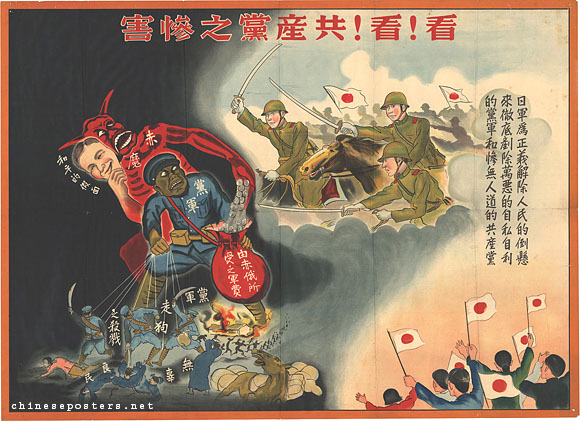 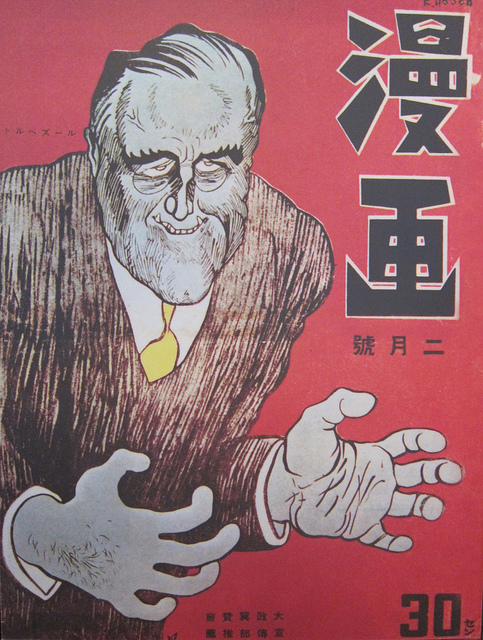 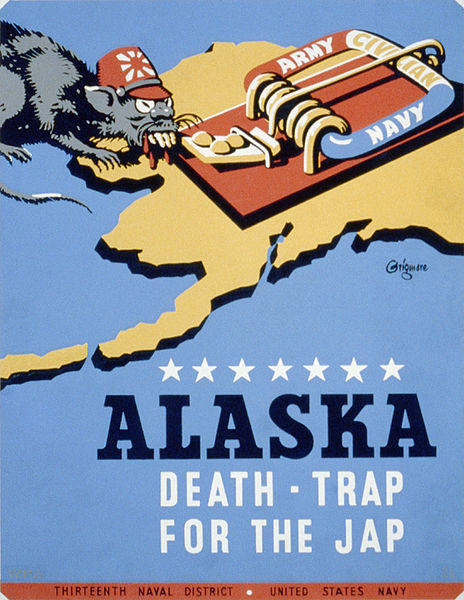 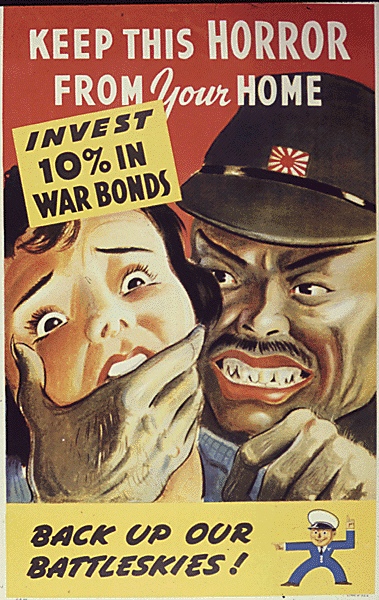 Although German Nazis claimed “Aryan” superiority, the European campaign of WWII was a battle between predominantly Caucasian enemies. In the Pacific War, however, the conflict was imbued with powerful racism on both sides. One’s own nation was always perceived to be civilized, while the enemy was depicted as barbaric, demonic or even sub-human.

Imperial Japan claimed that it was a virtuous, big brother liberating Asian nations from white imperialism and leading them into the light of a Greater East Asia Co-Prosperity Sphere . White westerners were rich, arrogant colonists who subjugated native people while they plundered resources and lived lavishly. Similar to American propaganda, the Japanese often depicted their Caucasian enemies as hairy, demonic creatures.