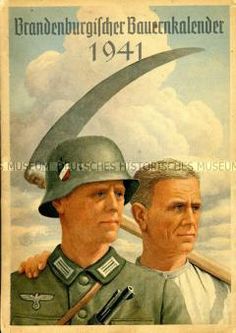 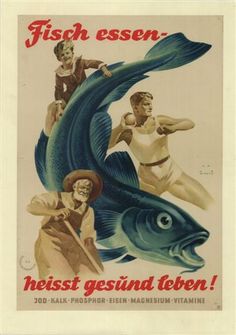 Rationing was introduced in Germany shortly before the outbreak of war in 1939. Initially, clothing, shoes, leather, soap and most foodstuffs were rationed. Many homes and apartments were heated with steam radiators that required coal burning hot water heaters. Kitchens often had cast iron stoves fueled with coal or wood.

During the war, various imitation food products were developed including; margarine, rice patties cooked in fat as ersatz meat or mixed with onions and fish oil as ersatz fish. Flour was augmented with ground chestnuts, pea meal, potato meal, and barley. Salad spreads were made of herbs mixed with salt and red wine vinegar. Nettles and goat’s rue were used as spinach substitutes or additives to soup.

Despite shortages, nearly anything was available on a thriving black market for those with money or valuables to barter.

In the early years of WWII, Germans were well fed by food seized from occupied countries. However, by the winter of 1944, as occupied countries were lost, food rations were severely cut. The situation steadily deteriorated into severe shortage as the Nazi regime collapsed in 1945.