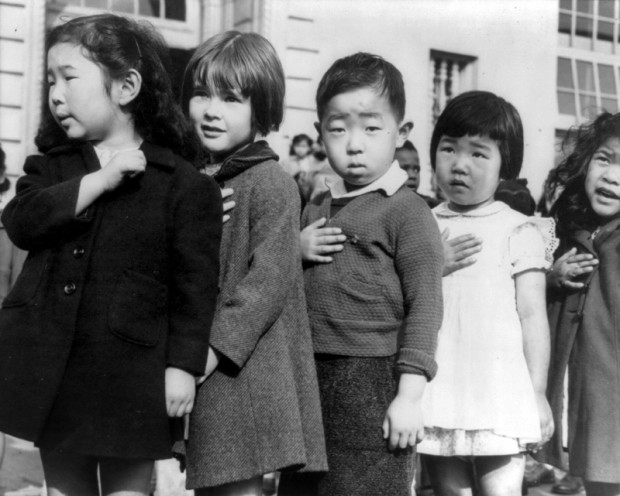 In February 1942, pressured by the press and a petition circulated by a group of white mothers, the Seattle School Board forced the resignation of 27 employees who were American citizens of Japanese ancestry.

The dismissed teachers, at the insistence of James Sakamoto, the editor of the Japanese American Courier signed a letter containing the following:

“We do not take this action in any spirit of defeat, but believe we can by our resignations demonstrate beyond dispute that we have the best interest of the school system at heart. We take this step to prove our loyalty to the school system and the United States by not becoming a contributing factor to dissension and disunity when national unity in spirit and deed is vitally necessary to the defense of and complete victory for America…”