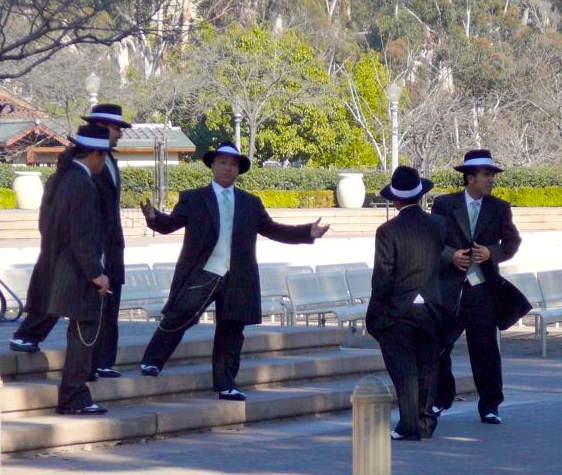 In 1942, many white citizens of California, stoked by media reports of a “Mexican crime wave,” expressed racial animosity against the Mexican-American community. When José Gallardo Diaz was found dying on a road near a local swimming hole (known as the Sleepy Lagoon) on the morning of August 2, 1942, Los Angeles newspaper reports of this “Sleepy Lagoon murder” implied that his killing was related to Pachuco gang acivity.

Although his autopsy showed that Díaz was intoxicated and suffered blunt head trauma compatible with being hit by a car, 25 members of the “38th Street gang” were arrested for alleged murder.

A subsequent media campaign calling for action against “zoot suiters” led to a police roundup of 600 Latinos who were charged with suspicion of assault, armed robbery, and related offenses; 175 were eventually held for various crimes.