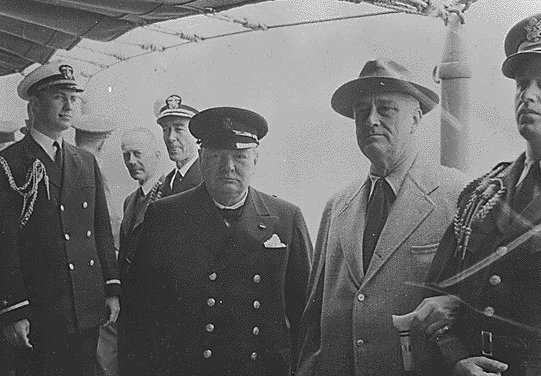 In August 1941, Prime Minister Churchill and President Roosevelt met on a ship off Newfoundland and agreed on a plan for large-scale assistance to the USSR.

They also drafted the Atlantic Charter which stated the ideal goals of the war:

no territorial changes made against the wishes of the people

restoration of self-government to those deprived of it

global cooperation to secure better economic and social conditions for all

freedom from fear and want

freedom of the seas

abandonment of the use of force, as well as disarmament of aggressor nations.