Allied airmen captured during WWII were incarcerated in POW Camps run by the Luftwaffe called  Stammlager Luft (abrev., Stalag). Allied POWs reported that the Luftwaffe (unlike the Gestapo or SS) respected fellow flyers, and treated airmen POWs well, with the exception of an inconsistent food supply.

Since the Geneva Conventions stipulated ~10 days of solitary confinement as reasonable punishment for attempted escape, many captured Allied airmen felt it was worth the risk.

73 of the escapees were soon recaptured – only three men were able to flee to safety. Under direct orders of an angry Adolf Hitler, the Gestapo drove the Allied airmen to remote locations and murdered them. Shortly thereafter, potential escapees were warned of dire consequences. 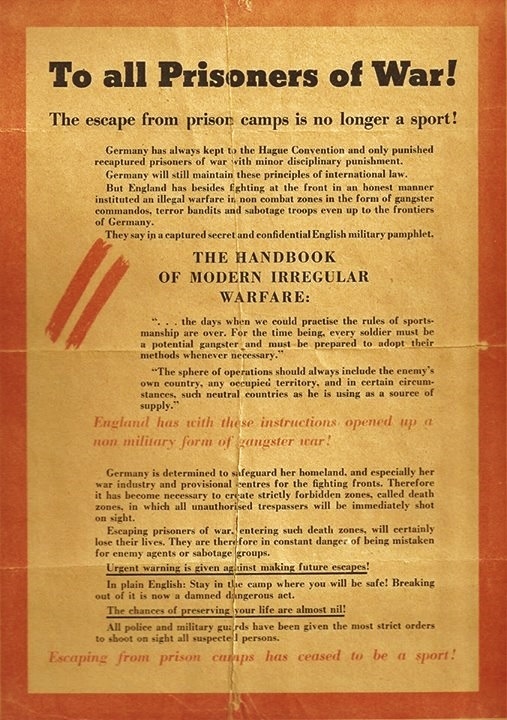