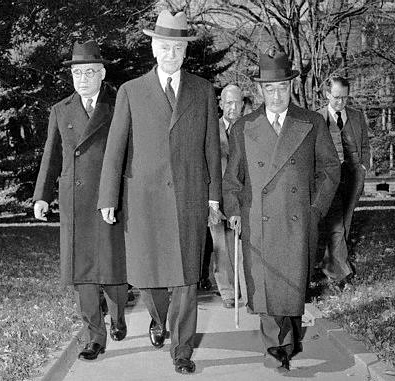 November 26  – Secretary of State Cordell Hull calls for Japanese evacuation of French Indo-China and China, official recognition of the Nationalist Chinese government and a multi-lateral non-aggression pact before establishment of a liberal trade policy between Japan and the USA. Special Envoy Kurusu states that this proposal effectively ends the talks, but requests two more weeks to study the offer.

November 29 – Secretary Hull informs the British ambassador to the U.S. that the talks have virtually collapsed.