In July 1947, an unidentified disc-shaped object, apparently crashed from the air, was found near Roswell, New Mexico. Although there was initial widespread interest in the possibility it was an extra-terrestrial craft, the US military claimed it was merely a conventional weather balloon. After interest in unidentified flying objects (UFOs) was rekindled in the 1970s, and it was rumored that alien occupants had secretly been recovered by the military, the US military published two reports in the 1990s stating the crashed object was in fact a nuclear test surveillance balloon from Project Mogul.

An interesting summary of the topic entitled UFO Sightings & News was published in Live Science – December 20, 2017.

An intriguing review of the Pentagon’s Mysterious U.F.O. Program was published in the New York Times in 2017

A comprehensive statistical summary of 121,036 eyewitness accounts was published in 2017 with the title UFO Sightings Desk Reference: United States of America 2001-2015

The issue does not seem to be closed. Despite Pentagon denials of credible UFO sightings, many seemingly-responsible military and commercial pilots have related impressive details of close encounters with highly-maneuverable UFOs. 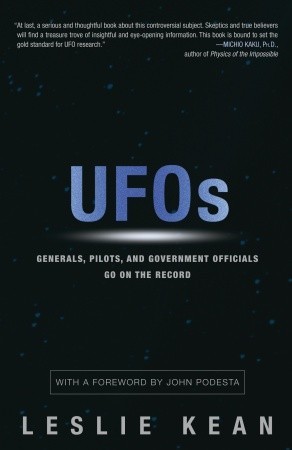 UFOs: Generals, Pilots, and Government Officials Go On The Record by Leslie Kean contains first-person accounts of over a dozen high-ranking military and government officials, including generals from five countries.

Although skeptical of most reports, I was particularly impressed by the quality of the last book mentioned (UFOs:Generals…)

What do you think?