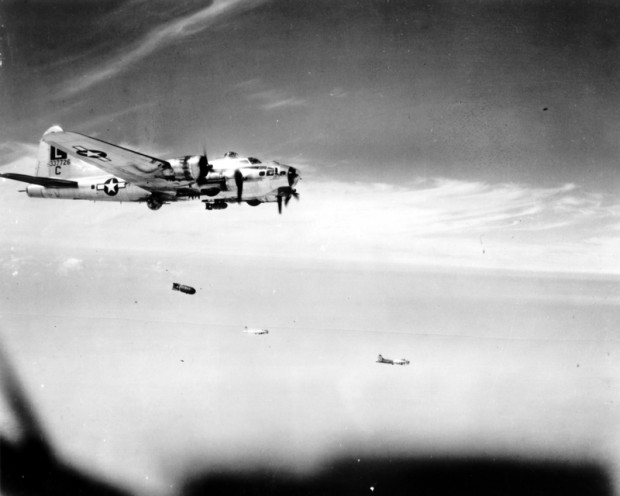 At the beginning of WWII there was widespread consensus that a deliberate attack on civilians was immoral and against international law. Initial Royal Air Force attempts to execute precision daylight bombing against German targets and minimize civilian casualties proved relatively ineffective and very costly in loss of aircraft and crews.  In February 1942, after Arthur “Bomber” Harris assumed leadership of British Bomber Command, RAF tactics changed. Attacks were now focused on the enemy civilian population with the intention of breaking morale.

Gradually, the USAAF position weakened as daylight raids, without the protection of long-range fighter escorts, led to staggering losses.  Soon the USAAF joined the RAF in nighttime area bombing aimed at civilian populations.

Germany and Japan also bombed civilians in WWII,  but on a much smaller scale than Great Britain and the USA. Whether civilian bombing was an effective Allied strategy or not is still debated. Many (including Winston Churchill, an early proponent) came to question its value and morality. Many feel that German civilian resolve was actually strengthened by civilian bombing. Imperial Japan, clearly having lost the war, would not surrender until two large cities were destroyed by atomic bombs.

How does one draw the line between necessity and atrocity?