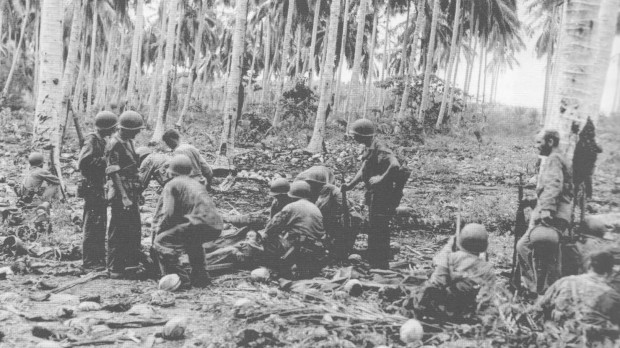 By the end of 1942, the USA had begun to tool up, flex its industrial might and prove itself in battle against war-seasoned Axis enemies.

June 4–7 – The United States Navy defeated an Imperial Japanese fleet in the Battle of the Midway Atoll.

July 4 – The US 8th Air Force flew its first mission in Europe with borrowed British planes; six aircraft went out; three came back.

July 19 –   In response to U.S. implementation of a convoy system, Grossadmiral Karl Dönitz ordered his last U-boats to withdraw from their East Coast USA positions.

November 15 – The Battle of Guadalcanal ended with heavy American losses, but American control of the island.