Unfortunately, this clunky film doesn’t do justice to the fate of the USS Indianapolis crewmen and or its scapegoated captain.

On July 30, 1945 the USS Indianapolis, after delivering A-Bomb components to Tinian Island for the atomic bomb used against Hiroshima, was torpedoed by a Japanese submarine in the Philippine Sea. 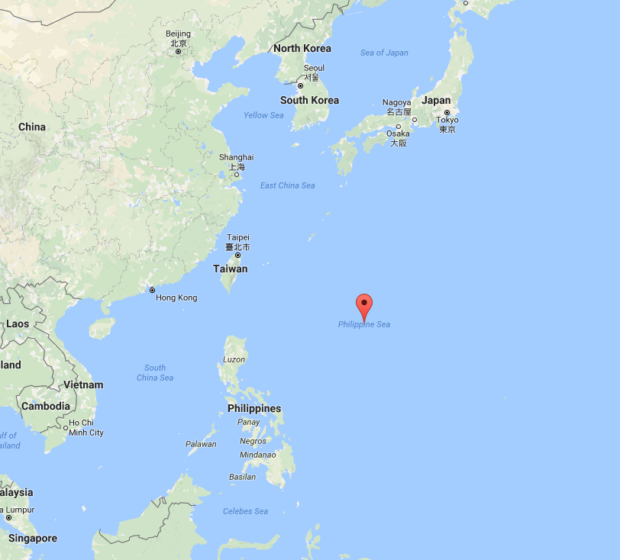 The Indianapolis sank in 12 minutes. Three hundred of 1,196 crewmen went down with the ship. The remainder were left floating in shark-infested waters with no lifeboats, most without food or water. 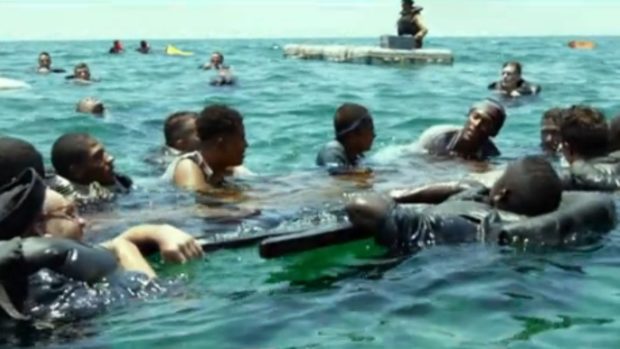 The U.S. Navy failed to notice the ship was missing, and when it was finally spotted by a routine air patrol four days later, only 316 men were still alive. The remainder had succumbed to exposure, dehydration, saltwater poisoning or shark attacks. It was the worst naval disaster in US History. 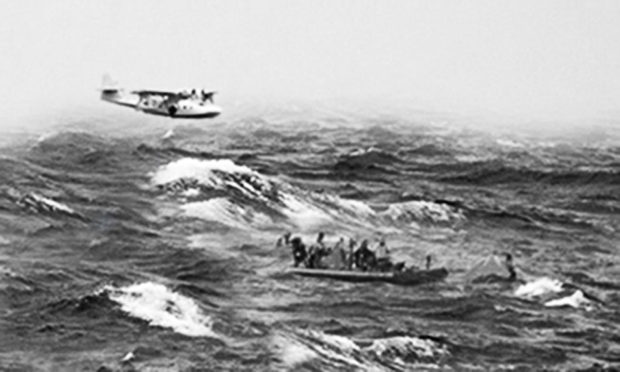 Despite the recommendation of the Commander in Chief, Pacific Ocean Areas, Admiral Chester Nimitz that the ship’s Captain, Charles Butler McVay III, was at worst guilty of an error in judgment, but not gross negligence, naval authorities in Washington, including Secretary of the Navy James Forrestal and Admiral Ernest King, Chief of Naval Operations ordered court-martial proceedings against McVay.  A veteran of the naval battles at Iwo Jima and Okinawa, Captain McVay was subsequently convicted of “hazarding his ship by failing to zigzag,” despite strong evidence the Navy had carelessly placed the ship in harm’s way, failed to note its absence and testimony that zigzagging would have made no difference.

In 1946, in response to a request from Admiral Nimitz, who had become Chief of Naval Operations, Secretary Forrestal remitted McVay’s sentence and restored him to duty. McVay served in the New Orleans Naval District until retirement in 1949 with the rank of Rear Admiral.

In 2000, the United States Congress passed a resolution exonerating  McVay for the loss of the USS Indianapolis.

In 1968 McVay killed himself with his service pistol while holding a toy sailor he had received as a boy for a good luck charm. 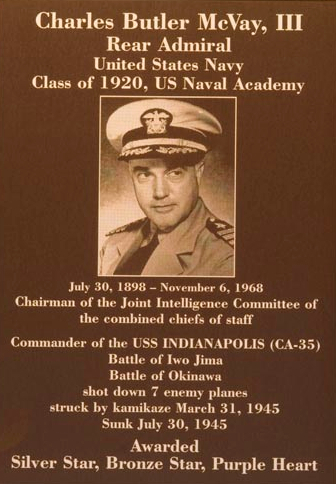