Established in 1942 for Allied propaganda broadcasts during WWII, the Voice of America (VOA) continued broadcasts after the war aimed mostly at Western Europe.

In September 1947, VOA began broadcasts aimed at the Soviet Union with: “Hello! This is New York calling.” 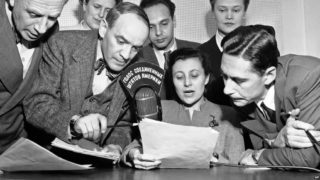 Initiation of programs directed at the USSR was intended to provide the Russian audience “pure and unadulterated truth” about life outside the USSR… to “broaden the bases of understanding and friendship between the Russian and American people.”

Initial VOA Russian programs provided summaries of current events, discussions of  U.S. economic and political systems  and an eclectic selection of American music (square dance to Cole Porter). Because of frequent poor audio reception in the USSR (due to weather and technical issues), early VOA broadcasts were not highly rated.

However, VOA popularity increased over the years as it began to emphasize modern America music (the Russians were particularly fond of jazz). 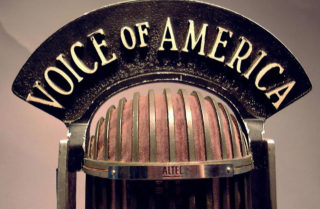