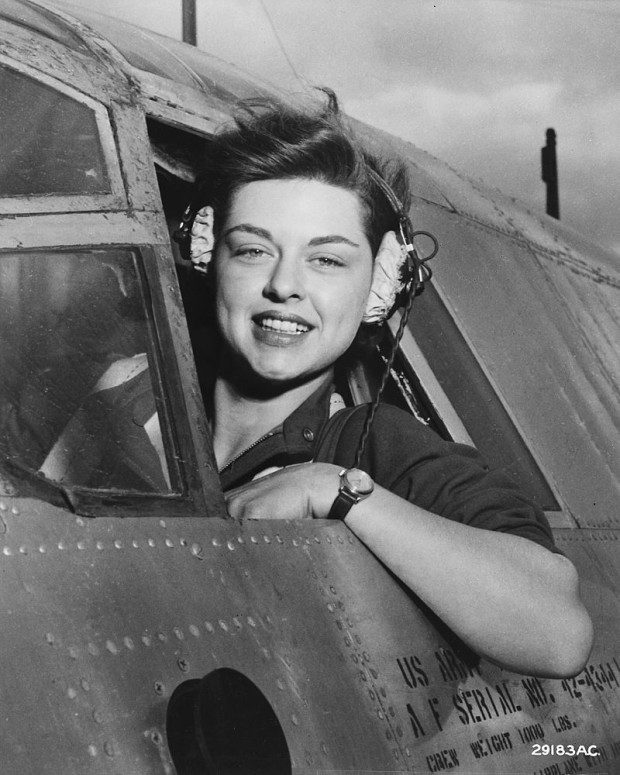 Of ~ 25,000 female applicants with civilian pilot’s licenses, <1,900 were accepted as WASPs and trained to fly at the USAAF Avenger Field in Sweetwater, Texas.  After four months of military flight training, >1000 became the first women to fly American military aircraft.

Although their basic flight instruction was similar to male aviation cadets, WASPs were not trained for combat. While learning maneuvers needed to recover from any position, WASPs received no gunnery training, and little formation or aerobatic flying techniques.

38 WASPs died in WWII accidents – eleven during training and 27 on active duty. But, because they were not considered active military personnel, a dead WASP received no posthumous awards for bravery nor traditional military honors. It was even forbidden to place an American flag on the coffin of the fallen WASP!

In December 1944, with Allied victory in sight, the WASP was disbanded and female pilots were sent home without official recognition of their service. Not until 1977, were WASPs granted veteran status. In 2009, they received the Congressional Gold Medal.

In 2002, the Army granted WASPs military funeral honors (playing Taps, a rifle salute, an American flag for the family) and affirmed they were eligible to have urns buried at Arlington national Cemetery. However in March 2014, citing lack of space, permission for a military WASP funeral at Arlington was rescinded. Now, pending several bills in Congress to remedy the situation, these gallant women pilots have once again been abandoned.

WASP on the Web