The German rocket scientist Wernher von Braun was a complex character. Fascinated by astronomy since childhood, he studied at the Technische Hochschule Berlin and the Friedrich-Wilhelms-Universität in Berlin, receiving a bachelor’s degree in mechanical engineering and a Ph.D. physics.

Joining the Nazi party in 1937, von Braun rose to spearhead Hitler’s ballistic missile program. Although he later claimed that joining was merely a means to the end of obtaining his career goals, von Braun rose in the ranks of the infamous Schützstaffel (SS) during the war with three promotions from Gestapo Chief Heinrich Himmler.

Recognizing its value as a weapon of terror, Hitler deployed von Braun’s long-range V-2 rockets developed at Peenemünde against Antwerp and London in 1944 to kill ~2400 people.

At the end of the war, von Braun, along with his rocket team, was secretly moved to the United States in Operation Paperclip. Becoming a U.S. citizen in 1952, he was named technical director of the U.S. Army guided missile project in Alabama known as the Redstone Arsenal.  Working with Dr. William H. Pickering and Dr. James A. van Allen, von Braun developed the Juno-I booster rocket that launched America’s first earth satellite Explorer I  in 1958. Additionally, he developed the Jupiter Intermediate Range Ballistic Missile (IRBM), and the Pershing missile.

As director of the National Aeronautics and Space Administration’s Marshall Space Flight Center, from 1960 to 1970, von Braun developed the Saturn IB and Saturn V space vehicles and the Saturn I rocket that powered the Apollo 8 that orbited the moon on Christmas Eve 1969. 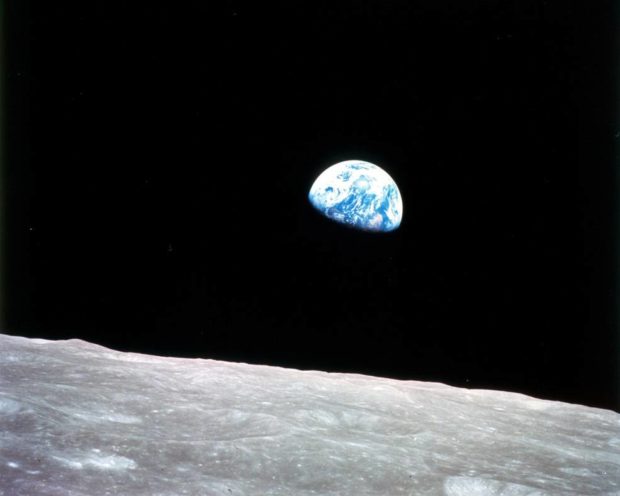