This is a scene from the charming 2016 film Paterson (96% rating on Rotten Tomatoes) about a bus driver and erstwhile poet named Paterson who lives in Paterson, New Jersey with his wife who dreams of being a country music star and opening a cupcake business.

This Is Just To Say
By William Carlos Williams – 1938

I have eaten
the plums
that were in
the icebox

and which
you were probably
saving
for breakfast

Forgive me
they were delicious
so sweet
and so cold 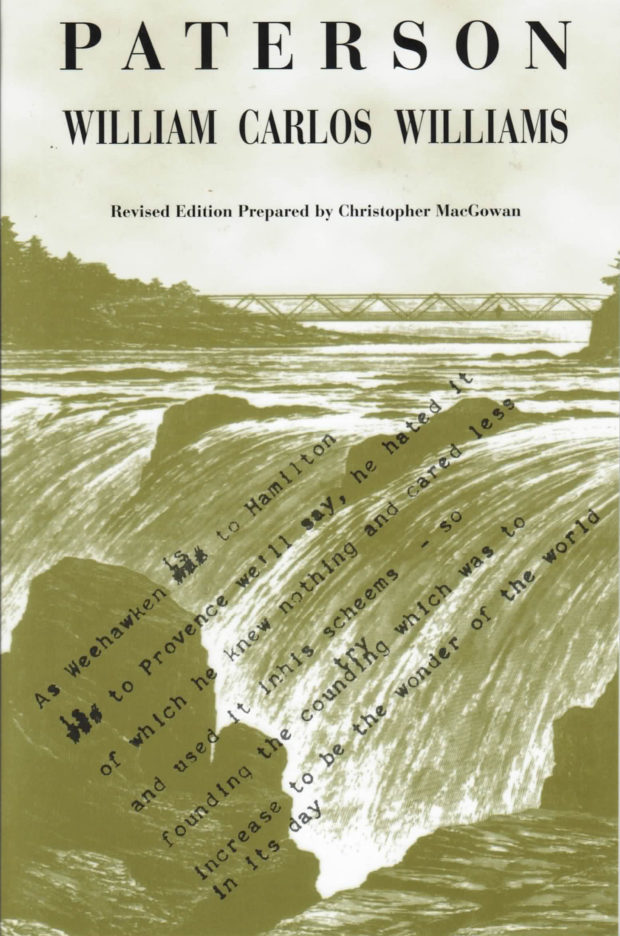 In 1926, William Carlos Williams wrote an 85-line poem entitled Paterson referring to that city in New Jersey as James Joyce had to Dublin, Ireland in his book Ulysses. In 1946 he published the first book of his epic poem Paterson that consisted of five books published separately in 1946, 1948, 1949, 1951 and 1958. Williams won the National Book Award for Poetry in 1949.

“We sit and talk,
quietly, with long lapses of silence
and I am aware of the stream
that has no language, coursing
beneath the quiet heaven of
your eyes
which has no speech”