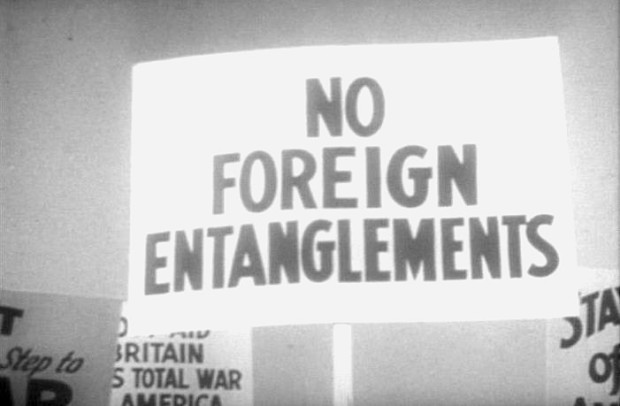 In the 1930s, the Great Depression and bitter memory of losses in WWI shifted American public opinion toward isolationism. However, support for isolationist groups such as the America First Committee rapidly declined with the Japanese attack on Pearl Harbor, although several smaller religious and socialist groups continued their opposition to war.

British philosopher Bertrand Russell, taking a position of relative pacifism, argued that defeating Nazi Germany was a unique circumstance in which war was the lesser of possible evils.

Albert Einstein wrote: Heroism on command, senseless violence, and all the loathsome nonsense that goes by the name of patriotism — how passionately I hate them!

Pacifists within territory occupied by Nazi Germany such as the German  Carl von Ossietzky and Norwegian Olaf Kullmann were imprisoned or executed.

During World War II, pacifist leaders like Dorothy Day and Ammon Hennacy of the Catholic Worker Movement urged young Americans not to enlist in military service.

The U.S. government allowed sincere objectors to serve in noncombatant military roles. However, those draft evaders who refused any cooperation with the war effort were often imprisoned.

WWII and the Pacifist Controversy